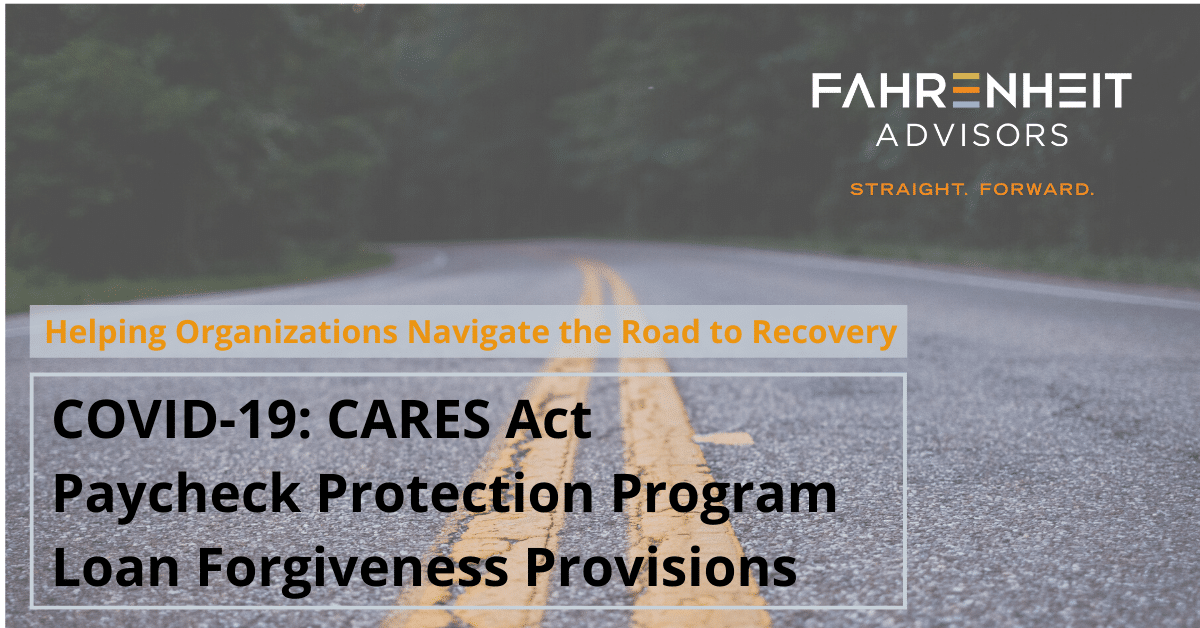 As companies move beyond the CARES Act Paycheck Protection Program application process, they will turn towards how to calculate the loan forgiveness amount. While the Act has a lot of specifics and some guidance has been issued by the SBA, the SBA has stated several times that it will issue additional guidance. As companies begin to think about how to pull data, calculate the amount and prepare information to be submitted with the loan forgiveness application, as seen with the PPP loan itself, things may change as additional guidance is issued. In addition, consistent with the PPP applications, there is reason to believe each bank may require different information and in different formats. Remember, companies will have eight weeks from loan origination before they will have to calculate and submit the loan forgiveness application.

What we think we know at this point.

Companies should make sure they are able to accumulate certain data during the eight-week period (the “covered period”) beginning from the date of loan origination (defined as the date of first funding into the borrower’s bank account). While the accumulation of this data should be simple in theory, some companies may not have the reporting in place to pull the data easily.

Use of loan proceeds and loan forgiveness

As previous guidance outlined, it is expected that at least 75% of loan proceeds should be utilized for payroll costs. The guidance also anticipates that a similar benchmark will be used for the loan forgiveness calculation and approval in which not more than 25% can be for non-payroll costs.

Currently there are differences of opinions on how the SBA (and potentially the banks) will interpret and apply the accounting for the allowable costs during the eight-week period that will be used in the loan forgiveness calculation. Companies should be prepared to track both at this point. Our assumption is additional guidance will be issued by the SBA or at the bank level. The two current opinions:

(1) only payments on mortgages (interest only), leases and utility agreements dated prior to or service began before February 15, 2020 may be included.

NOTE: The Act as signed included a significant drafting error with regard to the forgiveness formula.  We expect further guidance on this will be issued and the following is based on what we (and others) believe will be correct.

Loan forgiveness is intended to be reduced based on:

i. Reduction based on number of employees – if the average number of full-time equivalent employees per month employed is reduced during the covered period as compared to, at the borrowers option, one of the base periods below, then the amount of loan forgiveness will be reduced accordingly.

Base period options – the average number of fulltime equivalent employees per month employed:

The intent is that the amount of loan forgiveness shall be reduced (calculated) by the percentage equal to the difference obtained by subtracting from 1 (one) the quotient obtained by dividing the (i) the average number of full-time equivalent employees per month employed during the covered period by (ii) the average number of full time equivalent employees per month employed during the base period.  For example,

ii.  Reduction in salaries and wages – the amount of loan forgiveness shall be reduced, dollar for dollar, by the amount of any reduction in total salaries and wages of any employee (defined below) during the Covered Period that is in excess of 25% of the total salary or wages of the employee during the most recent full quarter (13 weeks) prior to the Covered Period during which the employee was employed.

So…. What we don’t know – this will take some further guidance:

How do you compare a 13-week period (full quarter) to an eight-week period? What will be the basis?

Specifically, the amount of loan forgiveness can exclude headcount or salary reductions that were made during the period from February 15, 2020 to April 26, 2020 if:

We do not expect that the final regulations will allow avoidance of a reduction in forgiveness simply by rehiring employees or restoring pay cuts in excess of 25% on June 30, 2020. We expect to see monthly averages used in the calculations.

Documentation required (as currently stated and may vary by bank)

Not later than 60 days after the date on which a lender receives an application for loan forgiveness, the lender shall issue a decision on the application.

Any amount of loan forgiveness shall be excluded from gross income.

Due to the rapidly changing regulations and program specifics, some items in this post may have changed since the publication date. Companies should continue to monitor the US Treasury and SBA websites for updates. 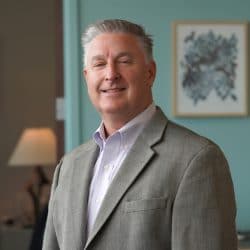 Keith Middleton is a co-managing partner and co-founder of Fahrenheit Advisors. He oversees the delivery of the firm’s consulting and fractional financial management services, as well as risk management and operations. A seasoned corporate finance executive, Keith’s expertise in organizational strategy and a newfound passion for entrepreneurism has helped Fahrenheit expand across multiple service lines and geographies.