Updated: Five Monkeys in a Cage (And One Important Business Lesson) 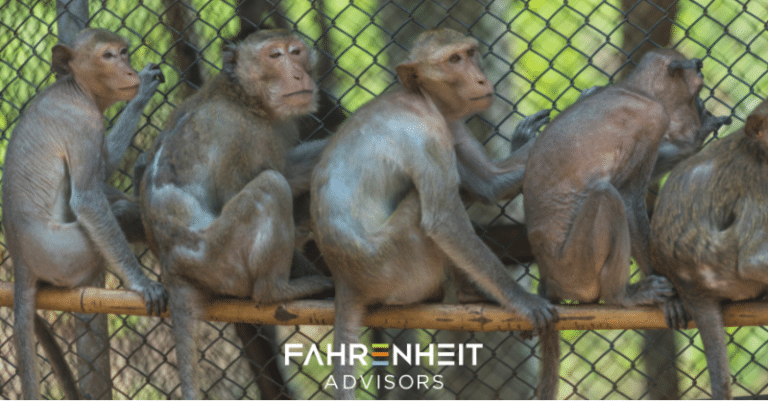 The American economy is absolutely roaring.

Q1 2021 GDP growth was a better-than-expected 6.4% while adding 916,000 jobs. Who could’ve guessed last summer that a legitimate risk to American businesses in 2021 was being unprepared for a revenue surge?

For many organizations, there will likely never be a greater chance of leaving money on the table than right now. I never get tired of reading about spectacular moments in business (we’re having one!); and the certain-to-follow stories of spectacular failures.

To avoid that outcome, it’s smart to examine your resources and processes and to revisit a timeless business lesson I first wrote about in 2017 – Five Monkeys in a Cage (And One Important Business Lesson).

FIVE MONKEYS IN A CAGE

In 1966, at the University of Wisconsin-Madison, an experiment was hatched involving five monkeys in a large cage. In the middle of the cage a ladder led up to some hanging bananas. As the experiment began, one monkey spotted the fruit and began climbing the ladder. As he did, however, the researcher, Gordon Stephenson, sprayed him with a stream of cold water. He then sprayed all the other monkeys in the cage. The monkey on the ladder scrambled away without a banana and now all five monkeys were cold and wet. Nevertheless, banana temptation soon beckoned, and another monkey attempted to climb the ladder. Once again, the researcher sprayed the adventurous monkey on the ladder as well as each of his cage-mates. What happened next was surprising to the researcher but not wholly unexpected.

When a third monkey attempted to ascend the ladder, the other monkeys, wanting to avoid the cold spray, pulled him off the ladder and beat him.

The second part of the experiment involved replacing one monkey in the cage with a new monkey. As would be expected of the newcomer, upon spotting the bananas, he naively began to climb the ladder. And just like the last climber, the other monkeys pulled him off and beat him.

Here’s where it got interesting: The researcher removed a second one of the original monkeys from the cage and replaced him with a new monkey. Again, the new monkey went for the bananas and, again, the other monkeys pulled him off and beat him — including the monkey who had never been sprayed.

By the end of the experiment, none of the original monkeys were left and yet, despite none of them ever experiencing the cold, wet, spray they had all learned never to try and go for the bananas.

A Process Examined Is a process improved

And with that, one of the greatest business lessons of all time was born. And it couldn’t be more relevant today. Even among a number of my own clients this condition is prevalent.

Invariably, as we examine existing systems in an effort to install and upgrade to new systems, we find processes that make no sense but are executed nonetheless. Upon closer inspection – almost universally – it is very common for the person performing the process to explain “I don’t know why I do this. It’s just the way it’s always been done. I’m afraid of what could happen if I change the process to something that makes more sense. The person who started this process is no longer here.”

It’s a powerful reminder that key processes in organizations big and small need regular examination and re-examination. As one of my mentors once told me, “a process examined is a process improved.”

Need to reevaluate your current systems and processes? Our team of experts can enhance your finance and accounting operations. Reach out today- Experts@FahrenheitAdvisors.com. 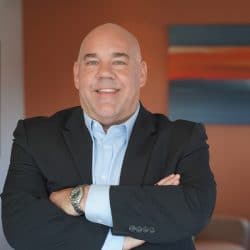 As a CPA, controller, and long-time consultant with over 20 years of experience, Russ Gambrel helps clients navigate the complexities of compliance and financial reporting, improve accounting processes, and gain a better understanding of the opportunities and challenges within their business. His experience in accounting, auditing, banking, information technology systems, and project management has positioned him as a senior level consultant and interim CFO and controller.