Time for a Change: One CEO’s Journey to a New Partner Agreement 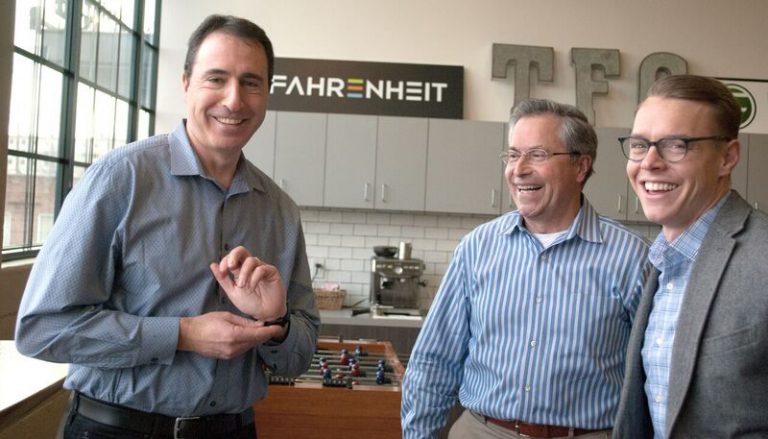 Business, like life, has an ebb and flow. From startup to high growth to plateau … it can be a wild, wonderful ride. For some, the journey includes unanticipated changes in ownership structure, which is where David Aschheim, CEO and local franchise owner of Sola Salon Studios, found himself several months ago.

“My business partner and I were friends when we were in business school together,” Aschheim explains. “We were a very effective team. Todd thinks very differently than I do and is one of the smartest people I know. Together we pushed each other very hard and found our combined skills were a terrific asset. It was a really great experience, but as with any friendship and any relationship, people’s needs and other things change over a period of time. It was time for me to start looking at ways to operate the business independently.”

Aschheim wanted to do some research before approaching his partner about the subject, so he looked for guidance and advice from area consultants. His goal was to come to an agreement that would benefit both of them, but he wasn’t sure where to begin.

“I was seeking people who could help me find the path forward so that I could get into a better situation for myself and my family,” says Aschheim. “I also saw it as an opportunity for [my partner] to be able to do the things he wanted to go do.”

Aschheim found the conversations he was having with area consultants lacking. “I had spoken to some consulting companies and other people, and I wasn’t quite satisfied that they were understanding and internalizing the challenges I felt I was facing,” he says.

Following the advice of a friend, he contacted The Fahrenheit Group and met with Co-Founder Keith Middleton, who immediately connected him with two team members, Lud Kimbrough, Managing Director and Jeff Wraley, Senior Consultant.

“When we first met with David we could feel his pain,” says Middleton. “He had built a successful company with a business partner and was now at a very difficult inflection point and needed to pivot – one way or the other – but he was stuck. We listened and then told him, “We’ve got this. Our people have been in your shoes and can help you through this.'”

Aschheim needed help on two fronts. First, he needed to confirm the business’ value. Second, he needed a strategic thinker to guide him through the conversation with his partner before it happened.

“Jeff, with his finance background, fit the bill very well, I think, because he was able to very quickly adapt to what’s a relatively simple company, but, like many small, understaffed, fast growing companies, we were constantly catching-up. The Fahrenheit Group helped with the resources I needed to value the business,” explains Aschheim.

“He did some things that I thought were fantastic and made it easier for us to work from a standard starting point and more able to change  information as we moved through the transition process,” Aschheim adds.

After building a financial model, Aschheim then worked with Kimbrough on zeroing in on what he really wanted out of the new business arrangement – and techniques to keep his emotions at bay.

Opening the Door for a Broader Conversation

“It was more difficult to figure out how to approach my business partner with the news that I was ready to either buy the company or sell it,” says Aschheim. “So, strategically, that feat was a lot more difficult than the valuation because there are really no directions that come with your Operating Agreement – just some separation clauses that were designed to help negotiate a termination of the partnership.”

“Lud Kimbrough opened the door for a broader conversation about how my needs were not so unusual – that it’s natural for groups and partnerships to have ebb and flow, and part of the thing I needed to do was figure out where I was at risk of reaching a breaking point versus arriving at an optimal solution. After that planning, we were able to determine what I really needed, and wanted, to do.”

“Someone like Lud, who’s been through lots of scenarios, was very helpful in me separating my emotions from the business component to it – to strategically determine what was the right thing to do in each varied situation,” says Aschheim. “His strategic background was instrumental in starting that conversation and helping us to stay on track. It was easy to waste time on superfluous conversations during the transaction and get side tracked by one thing or another – in the end, Lud helped me to stay focused, keep the process moving forward, and give us the best opportunity to get it right.”

“The combo of Jeff and Lud was very effective,” he adds.

Life After the Transition

Since buying into the Sola Salon Studios franchise system in 2009, Aschheim has opened six locations in Richmond, two in Newport News and one in Chesapeake. His newest location opens in Williamsburg in April 2018. All told, his business supports three full-time employees and seven contractors. Aschheim says the Sola Salon Studios franchise organization, based out of Denver, Colorado, is the largest operator of studio salons in the country.

What has life been like since he and his business partner finalized the buy-out agreement?

“Once we finally came to an agreement, that I would buy the company, everything has been crazy, but in a good way!” says Aschheim. “We completed the transaction in September, and since then there’s been a lot to do to catch up with the business and get it how I want it to be.”

Although his work with Jeff Wraley and Lud Kimbrough is wrapped up, Aschheim says, “It’s good to know that if I have a situation come up, I have people I can call who can help me out.” (For now, Wendi Knapke is on the case, offering Aschheim financial consultation as needed.)

Life now, for this CEO, is good.

“I had a vision for where I wanted to take [the business], and it’s been hard to do with two voices at the top of the pyramid. Now I have the opportunity to see the landscape and understand what the capabilities of my team are. I’m really enjoying seeing us start to execute my plan and make the business operate more efficiently, support our clients, and grow.”

Are you a CEO in need of some guidance or strategic support? Call (804) 955-4440 or send us an email today! We’ve got a team of professionals standing by, ready to assist.