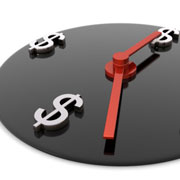 In his 2015 State of the Union Address last January, President Obama said employees should get the overtime they’ve earned. He then directed the U.S. Department of Labor (DOL) to review and amend the overtime rules under the Fair Labor Standards Act (FLSA) to make more workers eligible.  On June 30, The U.S. Department of Labor issued long-awaited proposed changes to overtime pay rules. If implemented, the proposed rule would increase the minimum salary for exempt status and make millions more workers eligible for overtime.

However, the path from the proposed rule to a final rule could take several months — and could be derailed.

Overtime pay is defined as one-and-one-half times an employee’s usual pay rate for hours worked exceeding 40 per week. Today, for employees to be ineligible, they must meet a three-part “white collar exemption.”

To be exempt from overtime pay, an employee must generally meet the following requirements:

What Is Being Proposed?

Under the DOL proposal, the salary threshold for the white collar exemption would increase to approximately $970 a week ($50,440 for a full-year worker) and would be adjusted annually. The exact amount is estimated in the proposed rule because it relies on Bureau of Labor Statistics compensation data that may need to be updated by the time the rule change would take effect in 2016 or later.

If the increased exemption in the proposed rule is finalized, the DOL estimates that nearly 5 million workers will become newly eligible for overtime pay.

The DOL is also proposing to set the “highly compensated employee annual compensation level” at $122,148 (from $100,000) for retirement plan discrimination testing purposes. This amount would also be adjusted annually.

The purpose of raising the salary threshold, and making it annually adjustable, is to “restore the effectiveness of the salary test” and to “ensure that the Fair Labor Standards Act’s intended overtime protections are fully implemented,” the DOL stated.

The DOL explained that the changes seek “to update the salary level test to ensure that the FLSA’s intended overtime protections are fully implemented, and to simplify the identification of overtime-eligible employees, thus making the white collar exemptions easier for employers and workers to understand.”

The proposed modifications to the overtime pay rule are significant, but many related questions remain that may soon be addressed. Here are a few:

The Job Duties Test. The proposed rule did not tamper with the job duties test. However, the DOL states that it is “seeking comment on whether the standard duties tests are working as intended to screen out employees who are not bona fide white collar exempt employees.”

Inclusion of Bonuses. The DOL will consider whether “nondiscretionary bonuses, such as certain production or performance bonuses,” should be added to an employee’s salary to determine eligibility or exemption from overtime pay requirements.

Working on Electronic Devices after Hours. When it first announced that it was examining overtime rules, the DOL was asked to determine whether employees should be compensated for time spent on devices such as smartphones and laptops, doing work after hours. The DOL didn’t tackle that question in the proposed rule but stated it would ask for input on the topic in coming weeks.

There’s a 60-day comment period for businesses and other interested parties to provide feedback to the DOL. The proposal immediately triggered criticism from some employer and industry groups. For example, the National Retail Federation, the National Restaurant Association and the U.S. Chamber of Commerce issued statements that they oppose the changes. These and other groups argued that increased overtime costs may force employers to cut back on workers’ hours, limit opportunities for employees and negatively affect businesses.

For its part, the DOL said it would finalize the proposed rule “only after reviewing and considering all the comments” it receives. Given the stakes, opponents are likely to not only comment but to urge Congress — and perhaps take legal action — to modify, delay or drop the proposal. We’ll keep you updated.